Discover the Secret to Controlling Lint in Commercial Laundries

NFPA data indicates that nearly one in ten fires at hotels and hospitals involve laundry facilities. Commercial laundry services are at high risk for fire disasters. Why? It’s not the equipment that poses the threat. It’s the lint. 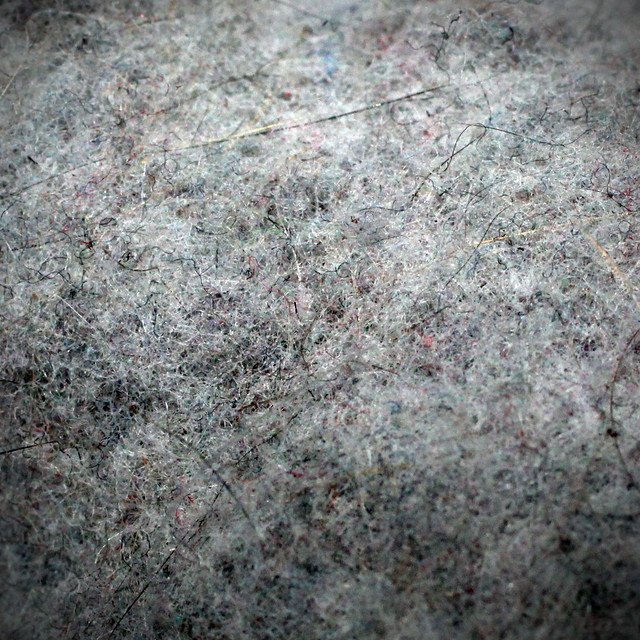 In a laundry facility, lint is inevitable. Dryer systems can catch much of this material, but some particles will escape. Even optimal methods, such as inline lint filters, are designed to collect 98% of the lint produced. That sounds great, but what about the other 2%? And what if a system is less effective than this?

Over time, lint particles drift into the air, then drift upward. They settle on rafters and gather as “dust clouds” in the air. Here, they typically await one of two results: cleaning or combustion. If the area is not cleaned, a suspended cloud of dust can become trapped in the facility, and an operation such as steaming can provide an ignition source that triggers an explosion. Even machinery, such as a conveyor belt, can produce a spark that ignites a combustible dust event.

These fires and explosions can cause major damage and could potentially put a facility out of business. The loss of income during repairs, the cost of rebuilding and the potential worker’s compensation claims can significantly damage the company’s bottom line. Insurance can help, but there is also reputation to consider, as well as OSHA fines. Violation of OSHA regulations can result in $13,260 per incident or up to $132,598 for a repeated violation. 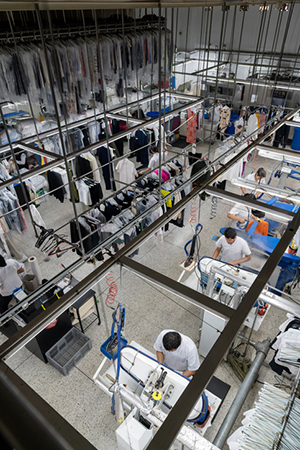 Clearly, this is an issue that laundry operators can’t ignore. Managers of commercial laundries must diligently maintain overhead areas to keep them free of fire and explosion risk. They must keep in mind that, even if the rest of the building appears spotless, the rafters and ceiling may be full of lint. If these areas haven’t been thoroughly cleaned, problems can occur.

Manually cleaning these areas requires extensive investment of labor and time. This is a never-ending task that must be completed regularly to remain in compliance with OSHA regulations and minimize risk of combustible dust events.

In addition to its high financial cost, this option also puts employees at risk during the cleaning process. Often, ladders or scaffolding must be used to access rafters and other hard-to-reach areas. In an effort to keep all employees safe, some employees are risking injury. This situation is far from ideal.

Fortunately, there is another option. Industrial dust control fans provide a proactive solution. The installation of a fan system prevents lint from accumulating in the first place. With no lint build-up, there is no need for manual cleaning and no risk of combustible dust events. Commercial laundries can be clean, safe environments.

The design of these fans is simple but effective. They use high-velocity airflow to clean overhead areas. The flow prevents lint from gathering on rafters, and it prevents upward thermal currents from holding lint dust in the air. Offering a top-to-bottom cleaning range of from 0° to 140°, with a full 360° oscillation, these fans effectively clean overheard areas that would normally be covered in blankets of lint.

Each industrial dust control fan system is engineered to achieve maximum results. The airflow in the commercial laundry, as well as the size and shape of the facility, are taken into consideration. Once the custom design has been created, an electrical contractor or facility operator installs the system. The fans are then controlled by commercial laundry operators. The fans can be placed on an automatic control timer and also feature programable controls and variable speed control options.

Portable dust control fans are also available. These floor units are ideal for commercial laundries where overhead installation is not feasible. Like the overhead fans, these units effectively navigate airflow to help keep the facility clean.

With these fans in place, the risk of dangerous dust events can be reduced, and employees aren’t forced to climb to dangerous heights to remove lint. It’s a win-win.

SonicAire is a global leader in dust and lint control. Using proprietary technology, our industrial dust control fans are engineered to effectively eliminate lint accumulation and prevent combustible dust events. We partner with commercial laundries to reduce risk and enhance safety and convenience. Our dedicated team can recommend the ideal fan system for your operations and create a customized solution specific to your facility.

To equip your commercial laundry with leading industrial dust control fans, contact SonicAire for a personally engineered solution and quote.

Other Posts You May Benefit from Reading 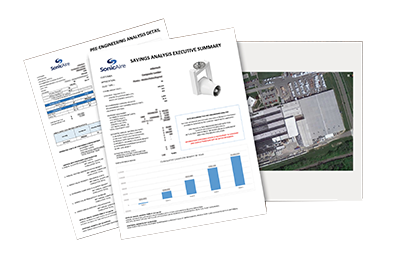 Contact SonicAire to learn how we can evaluate your facility and use our BarrierAire™ technology to mitigate combustible dust, improve safety and reduce downtime/improve efficiency of your operation.